I couldn’t help myself.

I blog and tweet about Nabeel’s Café constantly, so I wasn’t going to cover them as part of my Birmingham Restaurant Week schedule.

But I was magnetized…irresistibly drawn…and just couldn’t avoid my favorite restaurateur in the whole world. 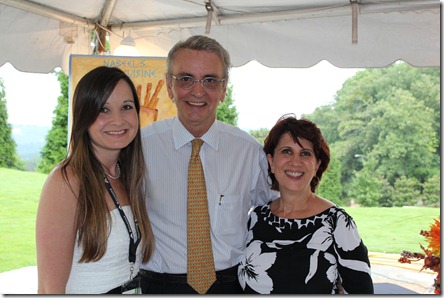 (And his manager Marie, who is also wonderful.)

John Krontiras is the epitome of a Greek Gentleman, and absolutely overflowing with Greek hospitality.  Did you know that Greeks are far more hospitable than Southerners? So guess what you get when you transplant a Greek into the South?

That would be John.

He has created a wonderfully inviting atmosphere with cozy, high-backed booths and three separate dining rooms. 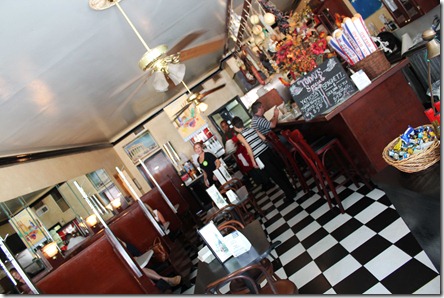 He is a familiar presence in his restaurant, walking around with a cup of coffee, pausing to visit with his guests, and going off in search of treats for his guest’s children. 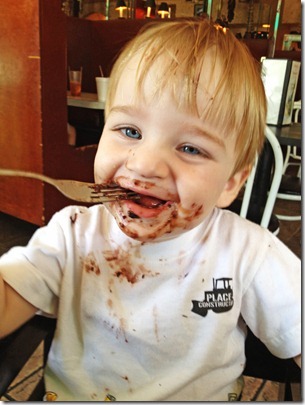 He also knows how to cook well.  With help from his Executive Chef, Alan Nelson, they serve up unbelievably flavorful dishes of both American and Mediterranean varieties and a mixture of the two, such as the Bifteki, my vote as the best hamburger in Alabama.

For Birmingham Restaurant Week, I took a newbie to Nabeel’s, so before I even looked at the special menu, I had to make her try the Feta Theologos. 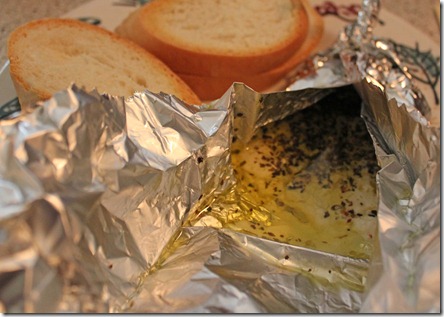 Wrapped in an aluminum foil swan and baked with herbs and oil, this warm feta spread is simply decadent.

For Birmingham Restaurant Week, John chose to feature his two(!!) dishes that are featured in 100 Dishes to Eat in Alabama Before You Die.

(For the record, $15 for a four-course meal is about as fabulous of a deal as Restaurant Week has to offer.)

Despite my weekly Nabeel’s habit, I had never tried the Moussaka or the Camel Rider, so I left the decision in my favorite waitress (and manager) Lynne’s hands.  She decided that I needed to try the Moussaka.  I started out with Hummus, which is wonderfully thick with a pleasing punch of garlic. 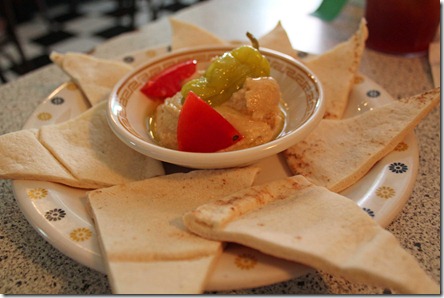 Then enjoyed my Greek Salad with Nabeel’s house dressing. 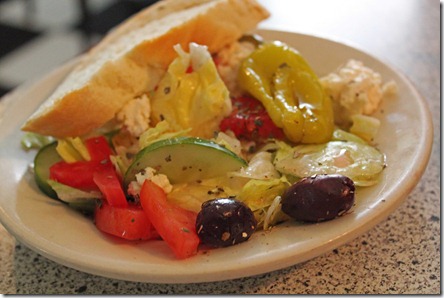 I keep several bottles of their dressing in my pantry at all times, as I use it to marinate meats and mix into my hamburgers for added flavor.

I then received my new taste: the Moussaka. 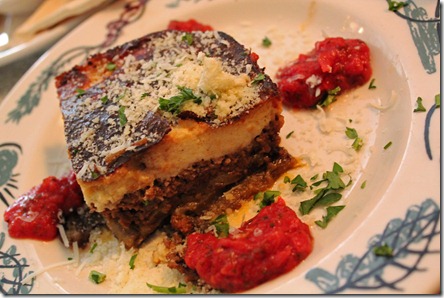 For those of you who aren’t familiar with Moussaka, it’s a Greek casserole similar to Pastitsio, except with eggplant instead of noodles.  It includes a layer of grilled eggplant, then ground beef, then béchamel, which is a white sauce that when cooked, adds a fluffy, mild, cream layer.

My first bite made me wonder why it had taken me so long to try Moussaka.  It was so homey, comforting, and hey! It has eggplant, so it’s automatically good for you, right?  I could already tell that Moussaka would be one of those dishes that I’ll crave when I’m not feeling well on a cold, winter day.

I finished my meal off with a honey cookie, which was more like a small coffee cake.  Topped with cinnamon and drizzled with honey, it was a wonderful way to end the meal. 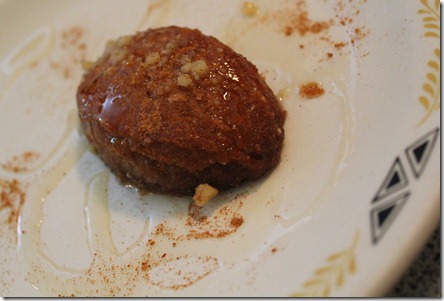 In short, I was reminded yet again as to why Nabeel’s is one of my favorite places to dine.  It draws me back to my Greek roots – of eating authentic dishes at my Grandparent’s house, and of being surrounded by Greek hospitality and family. 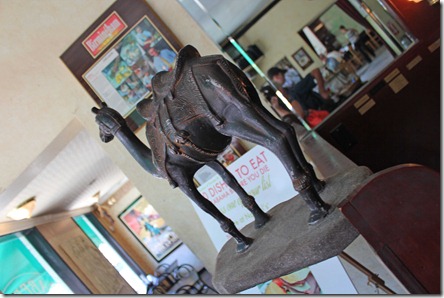 Disclosure: I was compensated my meal for participating as a Birmingham Restaurant Week blogger. My opinions are always my own.