I absolutely adore the depth, personality, and quality of our local restaurant scene, so Birmingham Restaurant Week is one that I anticipate with great excitement every year. Vulcan overlooked the festivities of this year’s Preview Party. 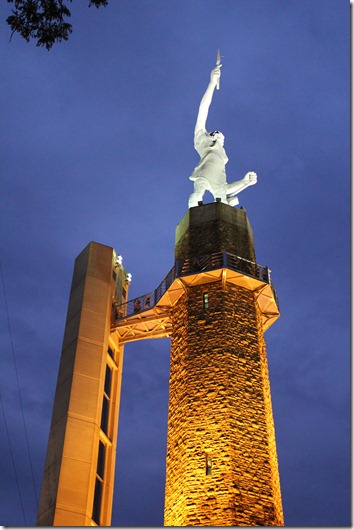 And I don’t know if he realized it or not, but there was also an imposter in the midst. 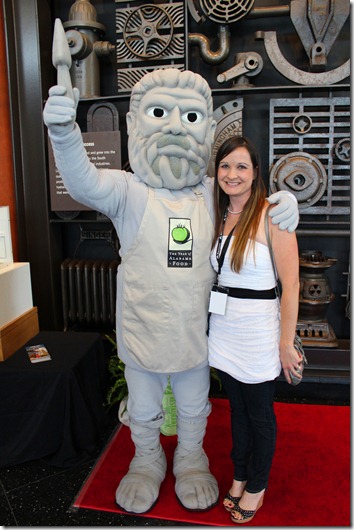 Fabulous restauranteurs were around every corner of Vulcan’s museum both inside and out, including owner John Krontiras and manager Marie from Nabeel’s Café, 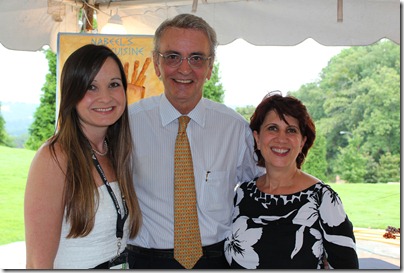 Marco and his wife, Elan, working side by side for Silvertron Café, 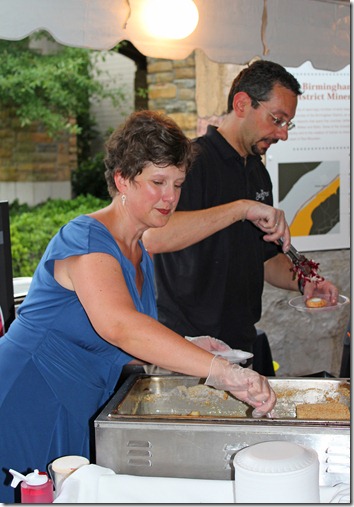 And a very fun crew from Maki Fresh. 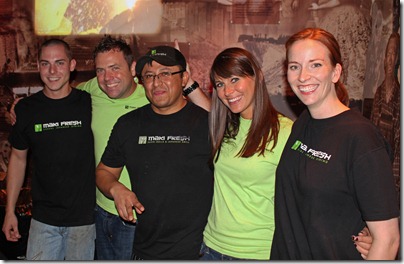 Michael’s Restaurants offered a delicious dichotomy of crab cakes (which I didn’t get a photo of but were my favorite entrée of the night) and chicken wings, 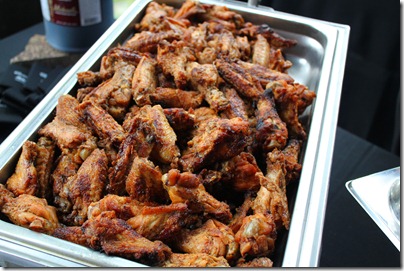 And Ted’s Restaurant spoiled us all with generous helpings of Banana Pudding (which, by the way, is considered a vegetable on their menu. What could be more right than that??) 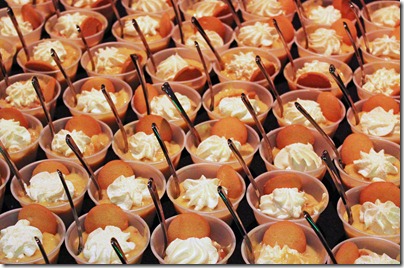 Vino also offered sweets, in the form of Apple Fritters. 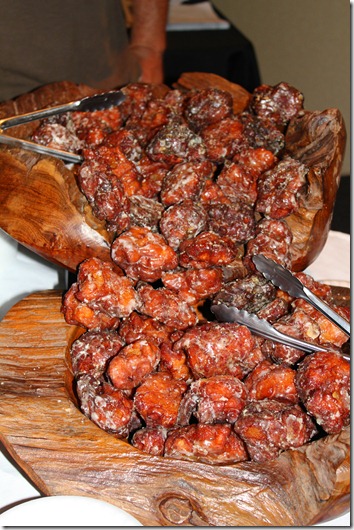 Jim N Nick’s served up some of their best cold selections, Chicken Salad and Pimento Cheese, 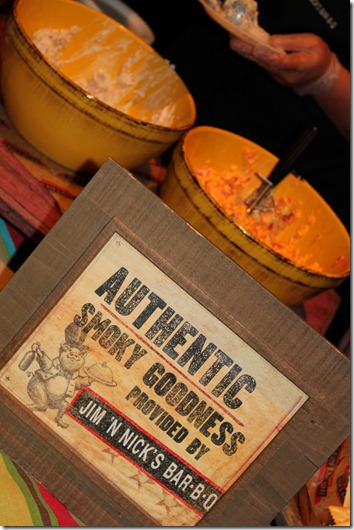 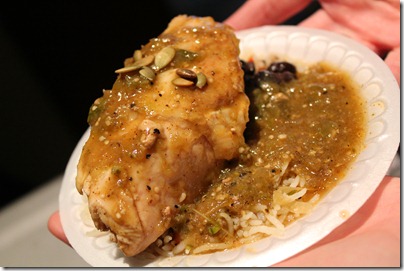 La Paz offered a stunning Shrimp and Pico along with Cuban Quesadillas, 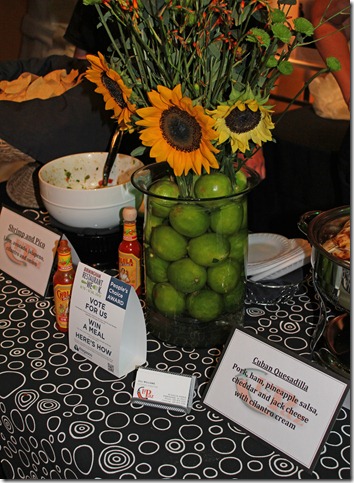 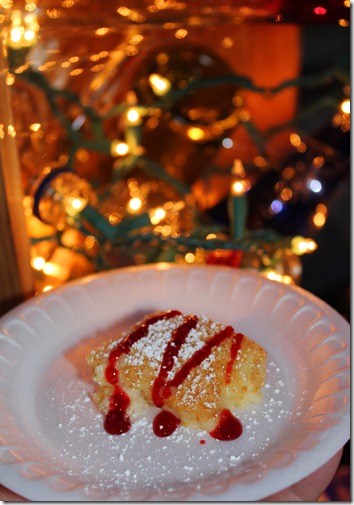 I ran into some of my favorite twitter friends and their friends, including Chanda and Sonya, 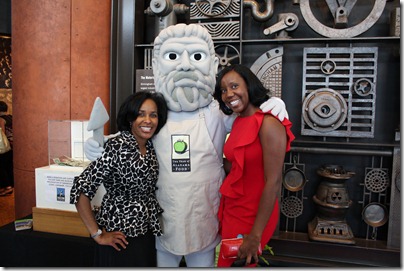 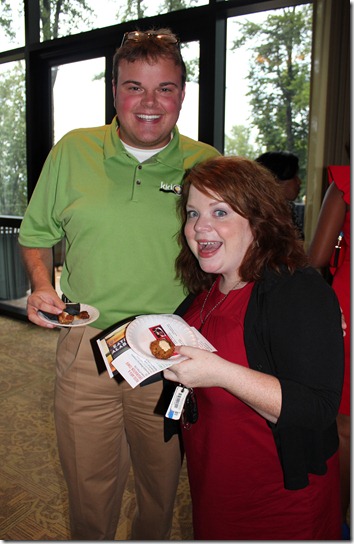 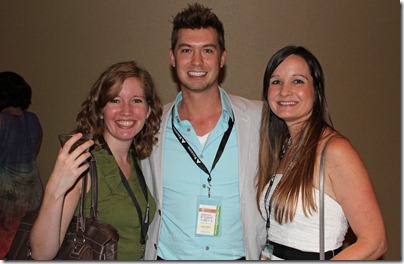 And one of the masters of Restaurant Week ceremony, Laura Kate. 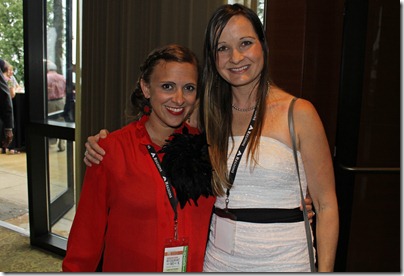 And I can’t forget my fabulous date and photographer, Chris. 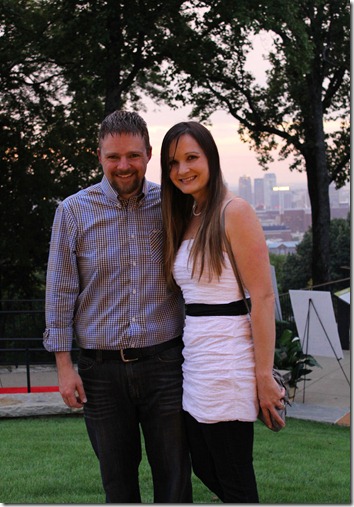 The entire event made every guest feel like a celebrity, right down to the red carpet. 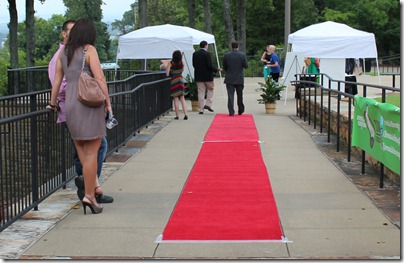 The setting was stunning, 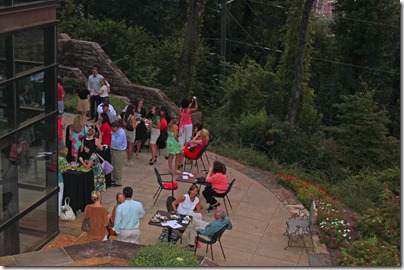 and really – what better backdrop for Birmingham Restaurant Week than the city that we are celebrating? 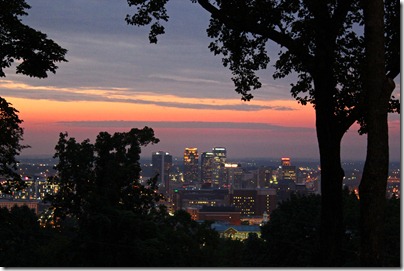 But if you missed the Preview Party, don’t despair! Everything that was served is available for the next 10 days – at it’s respective restaurant. So go! Partake! And celebrate the festivity that is Birmingham Restaurant Week.
Rachel is a Birmingham-Based Blogger who writes at Grasping for Objectivity and runs this networking site for all Alabama Bloggers. She and her family love eating out, especially at local establishments where the food is divine and kids are welcomed with open arms.
Posted by Rachel at 7:00 AM

May I borrow the photo of Carla Jean, you and me for a Preview Party blog post? So nice chatting with you both (and Chris) last night!