Located in Avondale, Slice Pizza and Brew is a fresh, exciting take on dining.  You might drive by their location three times before locating it (not that I would do something like that), so look closely at their quaint, bungalow home before heading in that direction: 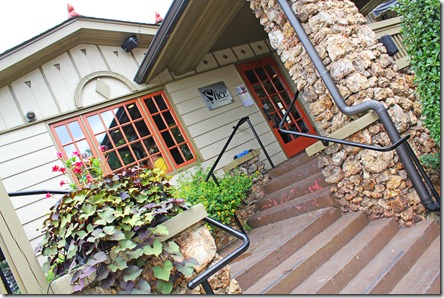 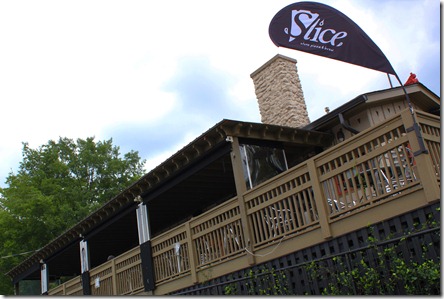 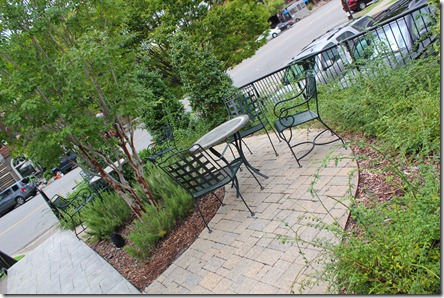 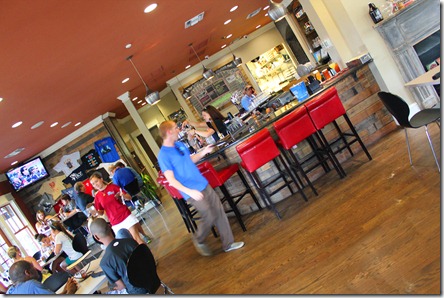 I’ve only had the pleasure of visiting Slice once before this week, and for that visit, I did not have the company of the rest of my family.  So I was eager to snatch the opportunity to take my family along for Birmingham Restaurant Week.

For their Birmingham Restaurant Week menu, Slice offers the option of a $10 lunch selection and a $20 dinner selection.  The lunch menu includes a side salad and two slices of pizza, which is enough to feed me for two meals.  The dinner menu includes a full sized salad, a 12 inch Pizza, and a slice of cheesecake – I’m assuming this could feed three of me for a week.

Obviously, I opted for the lunch menu.

I have to say, I was most excited about the salad.  The caliber of Slice’s salad selections makes me wonder if perhaps they misnamed their restaurant – clearly they need something in the title about having the most fabulous, fresh, locally sourced, gourmet salads in Birmingham.

We ended up ordering three Restaurant Week meals – one for my husband, one for me, and one for the kids to split.

Which meant that we got to order three of these unforgettable salads.

For the kids, I ordered the house salad, substituting the Dijon Vinaigrette for their favorite, Ranch. 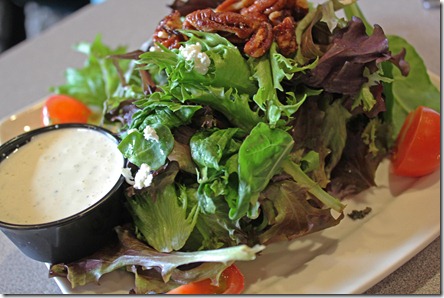 It was so good that I almost hated wasting it on the kids.

(Okay, that was mean.  Kids deserve to eat well, too.)

Topped with candied pecans and Alabama goat cheese and accompanied with cherry tomatoes, it was divine.  The cheese was so creamy and smooth in texture – so much so that it made me question my Greek heritage.  Alabama totally has Greece beat on the goat cheese – at least at Slice.

Chris ordered the Spinach Salad, and I’m pretty sure that his choice was based solely on the accompanying dressing – Warm Bacon Vinaigrette. 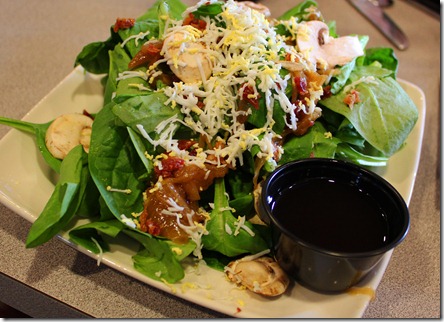 After inhaling it dreamily, he even made me smell his dressing.  It was quite bacony.

I didn’t taste his, but he said that the bacon dressing gave the salad a very satisfying smoked taste.  I have a feeling that every salad dressing hereafter will pale in comparison for my bacon-loving husband.

I chose the Dale Salad with Lemon Thyme Vinaigrette. 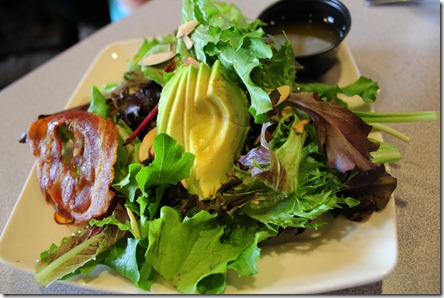 Of the three, it was the simplest – offering almonds, avocado, and bacon.  It was cool, refreshing, and exactly what I had hoped it would be.

After our salads, they brought out our pizza – two slices per order, one slice per plate.  Which meant that we had a line of waiters bringing SIX plates of pizza to our table.

Chris got a slice of Cheese and Pepperoni (and combined his plating to make room for all of the food): 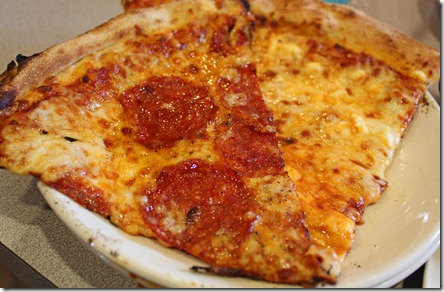 When I first saw the pizza, I was worried that it was the type I don’t like.  I’m not a huge pizza person, and I’m fairly sensitive to thin, crunchy crusts.

But I tried mine and was delightfully surprised.  The crust wasn’t at all overcooked and crunchy – it had the right balance of tenderness and chewiness.  And the cheese was decadently flavorful and thick, making me realize that their use of fresh, local ingredients is clearly evidenced in their pizzas as well as their salads.

I ate quite a bit more than I expected, all while finishing off the kid’s salad as well.

Speaking of the kids, they are now complete fans of Slice.

Ali ate more than I would have thought her tiny stomach could hold, and told me, “I REALLY like this place, Mommy!!” 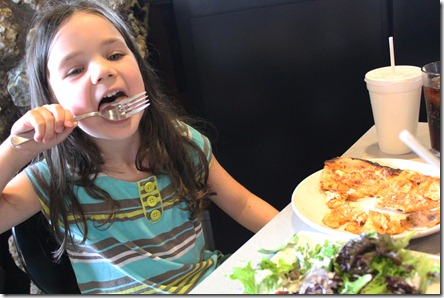 And Noah, who usually refuses any and all pizza, made his first Pizza Exception for Slice. 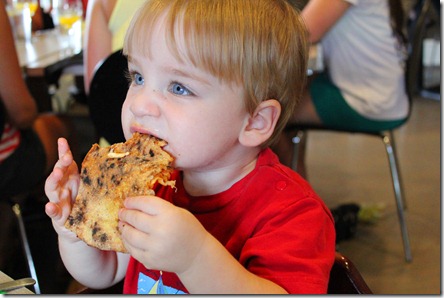 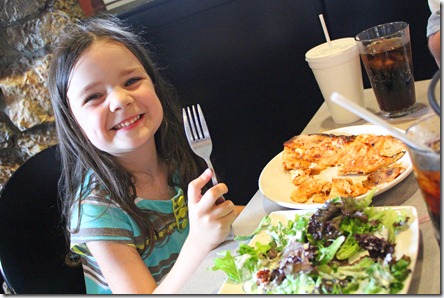 We will definitely be back soon!

Disclosure: I was compensated my entrée in exchange for participating as a Birmingham Restaurant Week blogger. We paid full price for the rest of our meal, and my opinions are always my own.