My family has visited Buck’s Pocket State Park in North Alabama annually since I was six years old. I have enjoyed introducing my own children to our hidden state park, and just visited again this past weekend.

While we were there, My Dad wanted to visit a nearby scenic spot, High Falls Park in Geraldine, Alabama. I had no idea it existed, but Dad had seen the signs for it on the way in and wanted to see what it was.

He and I drove less than ten minutes away from our regularly attended park and pulled up into a parking lot with several other cars, which actually surprised us.

If we didn’t know of this place, how did others?

Apparently we aren’t the most informed people in the state.

We walked down a path and got our first peek at the falls. Even though it was low water season, it was stunning: 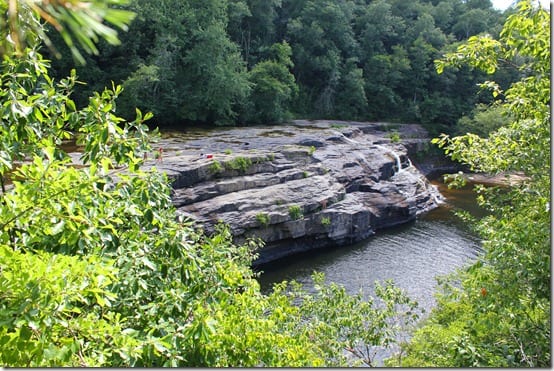 There were people braver than us climbing and jumping off of the rocks, seemingly having a fantastic time: 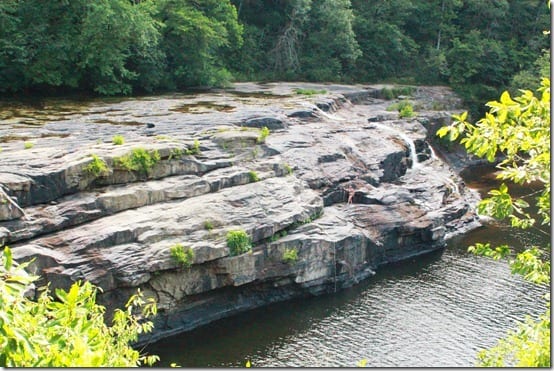 We walked across the foot bridge, which was set upon the foundations of a former covered bridge. 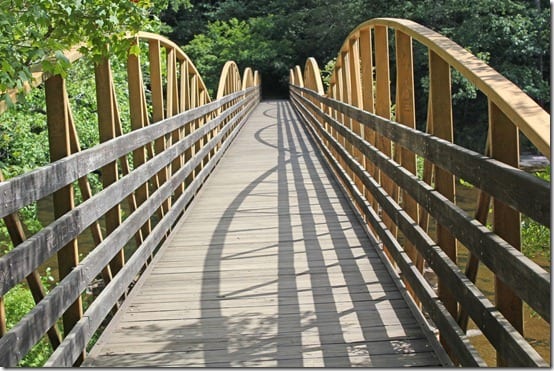 When we looked to our left, we saw a calm stream. 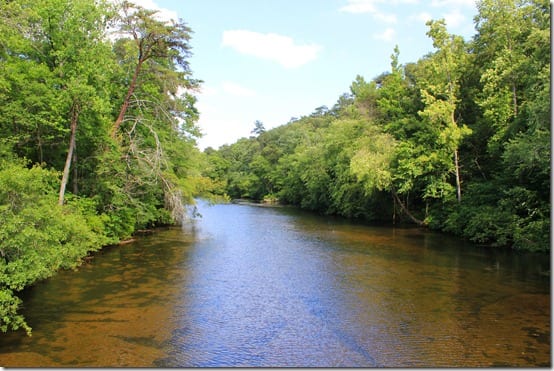 To our right, the top of the falls. 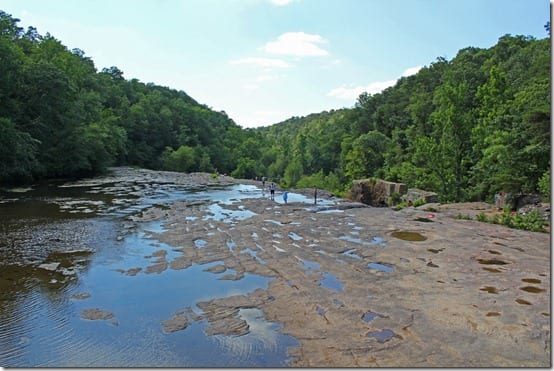 There were paths on the other side of the bridge, offering beautiful views in every direction. 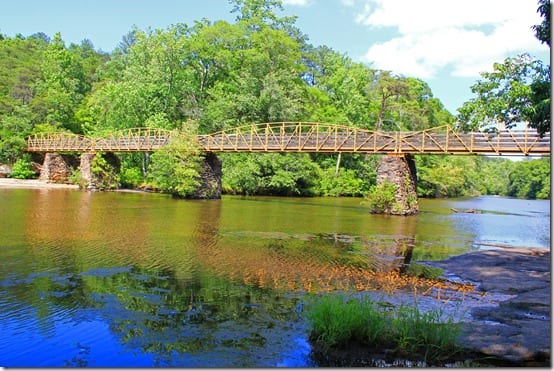 We walked back across and to the top of the falls. 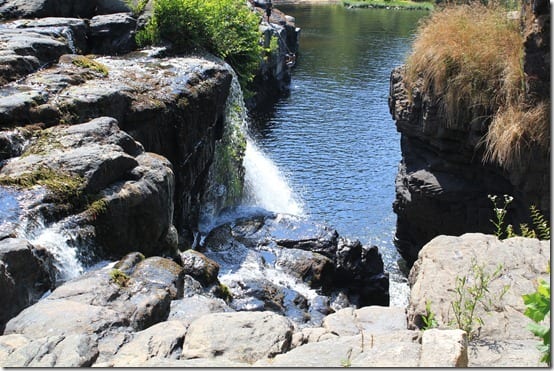 To the right of the falls was a stunning natural stone arch, much more impressive than any man-engineered arch. 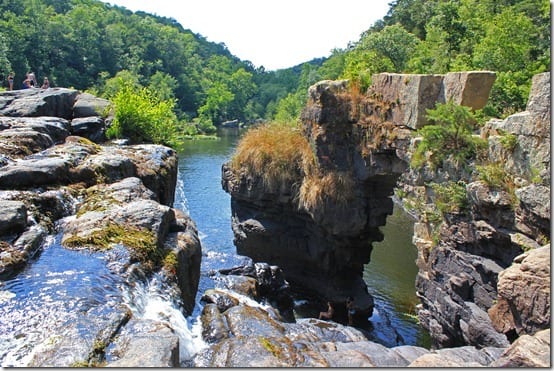 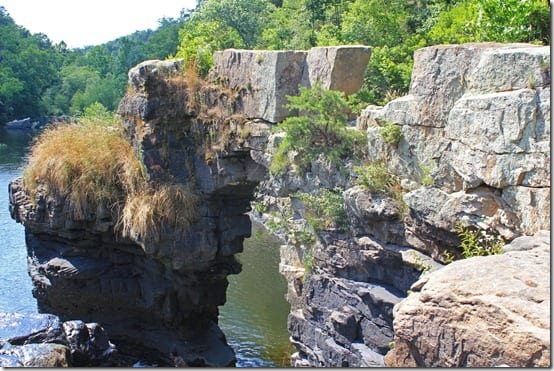 There was the clothes-strewing rock, 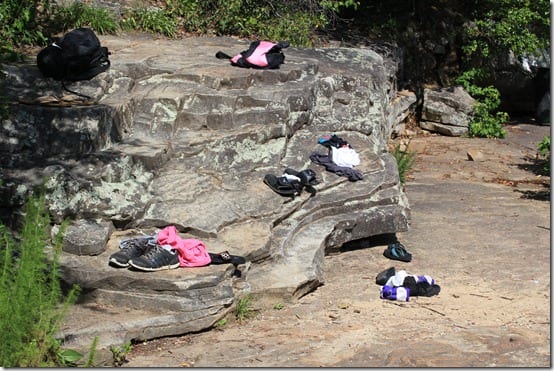 And a group of people rotating from top to bottom (at a very fast pace), and enjoying the beautiful vistas. 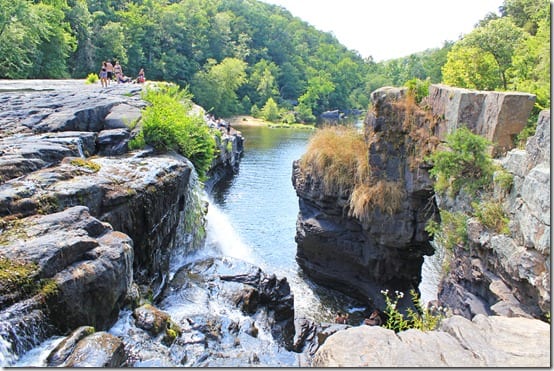 According to the information at the park, the base of the falls also starts an amazing whitewater kayaking run, including a Class VI section.

Clearly, I need to get some courage and come back, both for the jumping and the kayaking.
Posted by Rachel at 2:00 PM