Originally Published at Grasping for Objectivity on November 22, 2010

With a nickname like The Magic City, you would expect there to be many magical places in the Birmingham area. And there definitely are – the top of Vulcan, The Patio at The Club, Argyle Road overlooking the city at night, and Sloss Furnaces, to name a few.

But my pick for the most magical place in the metro area can be found right outside of Birmingham in the city of Bessemer – The Bright Star. 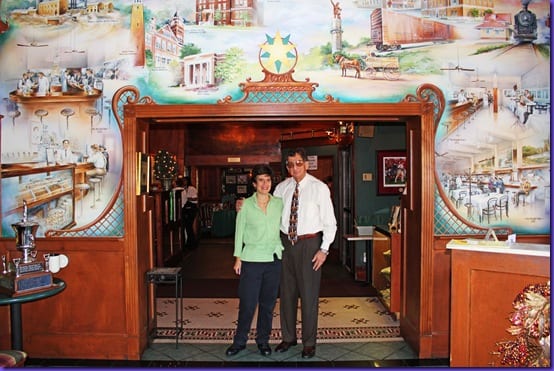 There’s no other way to describe the experience of The Bright Star other than magical, because something transporting happens to me when I walk through the door – I literally feel like I stepped back into time – into a much more glamorous, romantic, and formal era.

The Bright Star has been in the same location since 1915 (and has been open since 1907, making it the oldest restaurant in Alabama), and still has the same murals on the walls that were painted that year by transient European Artists. The many dining rooms are all beautifully antique in gorgeous hardwood paneling, mirrors, and stained glass. 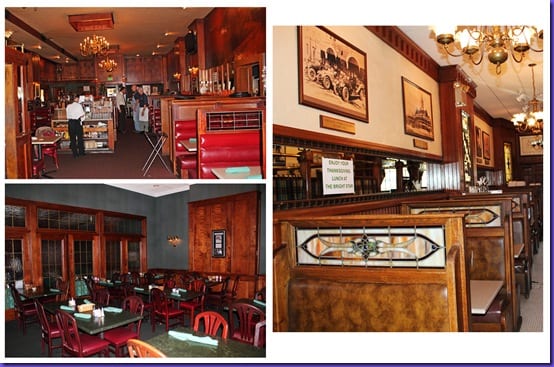 The amazing setting, plus the music playing softly as I walk into the restaurant immediately takes me somewhere else in my mind – an elegant, cultured, and sophisticated world that only exists in novels and movies.

But, despite the fact that it is a Greek-owned restaurant and I have family ties to it (My great-grandfather worked at The Bright Star after immigrating from Greece), I almost missed it.

I had always thought of it as too far out of town and “just another old Birmingham restaurant”. It wasn’t until our precious former neighbors, Darrel and Julie, gave us a gift certificate for The Bright Star for Christmas several years ago that we experienced it for ourselves, and learned about the magical place that it was.

And there’s definitely more to it than just the atmosphere – the food can literally be called the best in the state, as it is the only restaurant in Alabama to have won a Prestigious James Beard Award. Their Beef Tenderloin and Greek Style Fresh Snapper (Both of which they cut and prepare themselves) are dreamlike – I almost always get one of the combination platters so that I can have them both. But everything I’ve ever had there has been absolutely shockingly delicious!

I talked to co-owner Jimmy Koikos about his experiences at the restaurant. His Great-Great Uncle opened it in 1907, and then sold it to Jimmy’s Dad in the 1920’s. Jimmy started working at the restaurant when he was 13 years old, because his Father went on a three month trip to Greece and left Jimmy and his brother Nicky in charge. And, except for his time at The University, Jimmy has been working here ever since.

Jimmy and his brother and co-owner, Nicky, can always be seen in the restaurant, and make an amazing effort to know their customers. I asked Jimmy what percentage of their clientele were regulars, and he said that of the 4,000 people they serve a week, he knew 35-40% of them by name.

And besides the amazing way they treat their customers, their employees are just as happy. They have employees that have been working for them for 27, 32, and 45 years!

Many celebrities have frequented the restaurant over the years, including one that got his favorite private booth named after him, Bear Bryant: 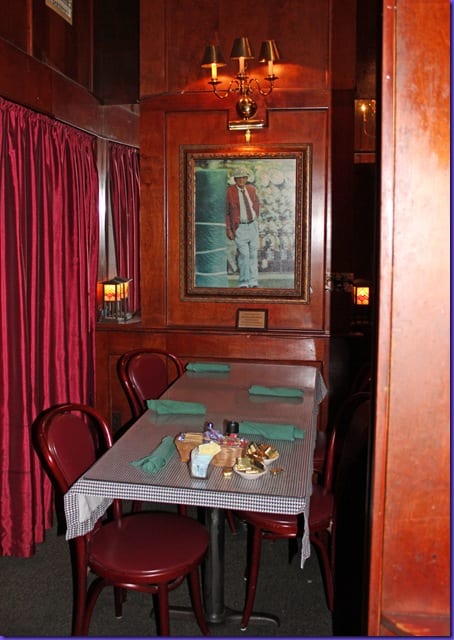 (And yes, if you really want a magical night, you can reserve any of their private booths for your dinner.)

Although our trips to The Bright Star are usually reserved for dates, I went for lunch last week and took my Mom and Ali along. It was Ali’s first visit – and I swear she felt the magic, too. 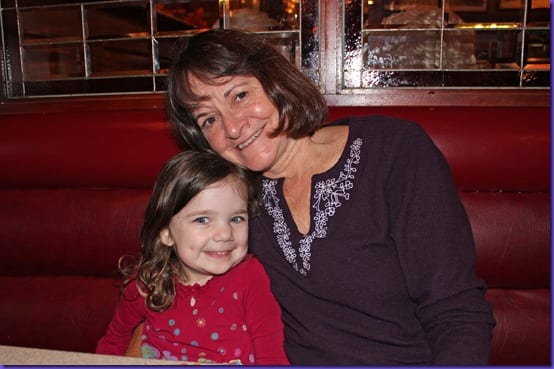 Disclosure: I was not compensated nor asked to write this post. I simply wanted to share the most magical place in our city with all of you, and hope that if you live nearby, you will experience the magic for yourself.

p.s. – When you go to The Bright Star, ask to be seated in Darla’s section. She’s the best waitress in town – you won’t regret it!!

Where do you find to be the most magical place in your city, restaurant or not?

Many Moons Ago..when I lived in Birmingham, I was called to jury duty at the Bessemer courthouse...I was chosen to serve on a domestic violence case. Each day the entire jury was led to The Bright Star for lunch together.
Thanks for this feature and reviving a memory.
Mama Bear