by Rachel
Growing up in an intensely Greek family (think “My Big Fat Greek Wedding” collides with “Sweet Home Alabama”), Nabeel’s Market was a regular stop for us.

The tiny storefront in Homewood with gigantic glass cases full of authentic Mediterranean olives and cheeses was an integral part of the preparation for every family get-together. They would slice and scoop giant portions of feta cheese and Kalamata Olives, then package them simply in doubled-plastic bags sealed with a twist tie.

They had three tables in the deli where they served one type of sandwich, but I suspect that the tables and chairs were more of an excuse for the socially-centric Mediterranean population of Birmingham to congregate and solve the world’s problems than to sell a lot of sandwiches.

In 1994, the original owner of the market sold it to John and Ottavia Krontiras, John from Greece and Ottavia from Italy. Their desire was to keep the market, but also expand it into a family-oriented restaurant.

Coming from an international executive job, John told me that he didn’t even know how to fry an egg when he bought Nabeel’s, but he had vision and determination.

As the adjoining salon became available, they expanded their restaurant into it. Then the florist on the other side of the salon closed, and they expanded again, enabling them to bring their dream to fruition.

John and Ottavia’s goal to create an atmosphere for families to slow down, enjoy each other, and eat home-cooked, authentic Mediterranean food was most definitely achieved in my life. My childhood trips to Nabeel’s Market quickly morphed into teenage trips to Nabeel’s Cafe. I remember eating there on a special night, just my Mom and I, for my fourteenth birthday. Then five years later, she and I had another special Nabeel’s meal together, only this time the occasion was that it was the week before I got married. On that trip, my Mom gave me my wedding present – a laboriously documented collection of our family recipes, many of which were Greek, and some requiring ingredients from Nabeel’s Market. There couldn’t have been a more fitting and sentimental place to receive that priceless gift that I still use constantly.

Ten years later, Chris and I regularly take our two kids to Nabeel’s Cafe, enjoying the family atmosphere from the other side of the equation. Although we love everything we’ve ever eaten there, we both agree that they have the absolute best hamburger in town (and we’ve tasted them all!!) – the Bifteki. The Bifteki is an juicy, gigantic Greek Hamburger that is mixed with a blend of Greek spices, stuffed with a generous portion of Kefalograviera Cheese, and topped with Tzatziki Sauce.
They also serve it with their fabulous dressing on the side, which we pour over our burgers to add even more Greek flavor. 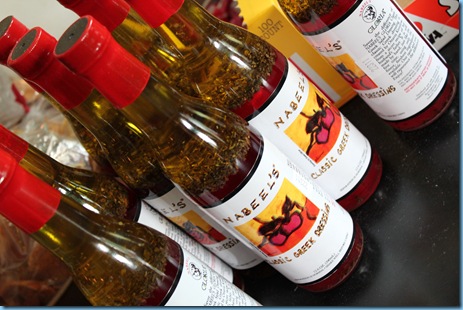 We jumped at the opportunity to visit Nabeel’s during Birmingham Restaurant Week. Of all of the BRW menus I’ve looked at, Nabeel’s is one of the most thorough, offering four courses and including a beverage of your choice.

For only $20, you will receive pita bread with your choice of Tzatziki, Hummous, or Taramosalata Dip (I went with the Tzatziki, a wonderful blend of Greek Yogurt, Cucumbers, and a generous amount of Dill), along with an unbeatable Greek Salad, Spinach Lasagne, Tiramisu, and soda, Mint Tea, or wine. 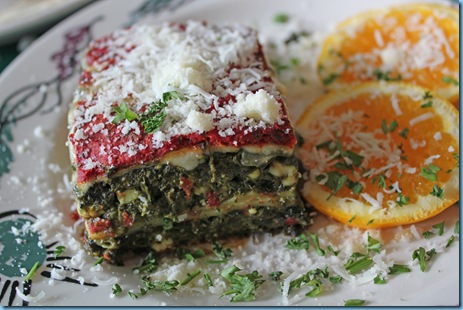 It was both creamy and hearty, full of a richness of flavors that totally masked the fact that it is quite low calorie and healthy!

Chris ordered the Gyro Salad with extra meat, which was just how he likes it: so much meat that you could hardly even see the salad: 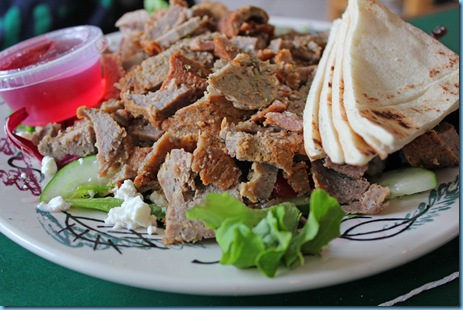 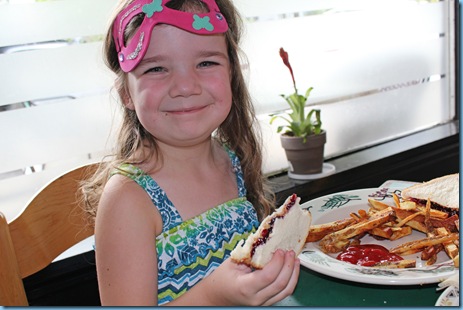 My favorite part of the kid’s menu is that it is so affordable - $1.95 for a Grilled Cheese or Peanut Butter & Jelly - with Nabeel’s gourmet fries, no less - is the best kid’s deal in town. I couldn’t be happier, and neither could she.

Then the Tiramisu came. 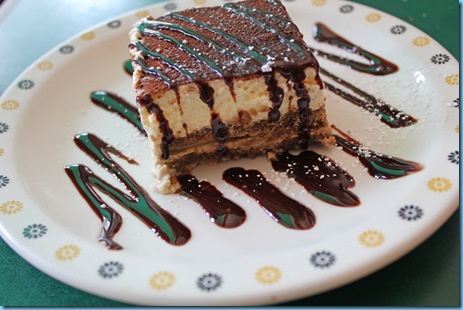 This was the only part of the meal that I wished we hadn’t brought the kids along, because I really, REALLY wanted the Tiramisu all for myself.

…but instead, it made for several happy customers. 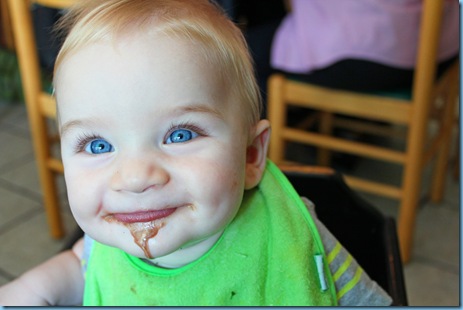 So happy, in fact, that once I let Noah have one bite, every bite I attempted to get for myself thereafter got this reaction: 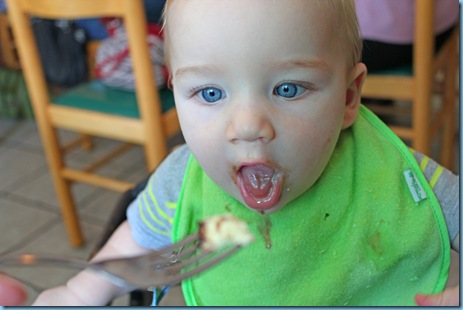 (Mental Note: Go back and get more Tiramisu on date night when the kids are at the Grandparent’s.)
Besides the family atmosphere and the inexpensive yet quality kid’s menu, the fact that Nabeel’s is located directly across from Homewood Park makes it an even better family destination – after all, you need somewhere to let the kids run off their energy after allowing them to indulge in coffee-soaked, chocolate-covered Tiramisu.